Followed the steps in the KB To specify the host names that are mapped to the loopback address and can connect to Web sites on your computer, follow these steps:

Registry entry to 1. For more information about how to do this, click the following article number to view the article in the Microsoft Knowledge Base:

3.    In Registry Editor, locate and then click the following registry key:

5.    Type BackConnectionHostNames, and then press ENTER.

7.    In the Value data box, type the host name or the host names for the sites that are on the local computer, and then click OK.

Posted by Unknown at 2:02 AM No comments:

Email ThisBlogThis!Share to TwitterShare to FacebookShare to Pinterest
Labels: An error occurred during logon, You receive error 401.1 when you browse a Web site: IIS 6.0 and SharePoint 2007; Event ID: 537
Location: Birmingham, West Midlands, UK

Again going to basics, there was need of the adding one server to the farm in one of our SharePoint 2007 environment. Since its being long time touched SharePoint 2007 configuration. I was struggling to add the server back to the farm.

Issue: After installing SharePoint Binaries, running PS Config was failing on the SharePoint server. Getting the below error message. Troubleshooting: Even after checking permissions in the SQL DB, it seems that everything was fine.

Ping to SQL server was successful; connecting to the SQL Server was failing by creating the .UDL file.

Reference to do this: http://blogs.msdn.com/b/farukcelik/archive/2007/12/31/basics-first-udl-test.aspx

It seems that some connection issue was there. Have tried to connect to SQL by following ways:

Resolution: None of the above has worked. So it’s time to contact the SQL expert, he suggested to try using the SQL_Server_Name, SQL_dafault_Port i.e.1433.

It’s hard to spot the difference in third option I have tried above and what SQL guys suggested, but can be spotted by give an example.

What I was trying before: SQLSERVER:1433
What SQL guy suggested is: SQLSERVER,1433 , it just a difference or colon and comma used.

Did allot of mind joggling about it, re-run the PS config, disconnecting the server couples of times on and again running the PS config, but now luck.

Resolution: Finally, though of running the PS config on Application server where Central Admin was hosted and it did wonder, I could now see the server in the server list of CA.

It also made me thinking how did I forgot this basic steps in adding server back to the farm as this is one of the recommended practice of Microsoft and this is first question in my interview list which I ask most of the candidates. I would only say its work pressure mate…. J nothing else….!

Guidelines for further issue:
Browsing sites on the added server giving issue of login prompt even after adding the site to local Internet. And it got resolved by the Microsoft KB
http://support.microsoft.com/kb/916894.

Failure running on App server where Central Admin was hosted was resolved by http://support.microsoft.com/kb/916894

Applies to:
Posted by Unknown at 1:33 AM No comments: 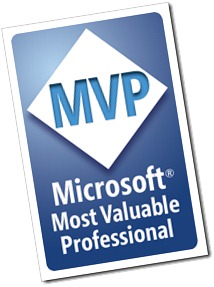